Car Insurance After a DUI

Car Insurance After a DUI

Getting back on the road after a DUI conviction can be a long and bumpy ride. In addition to potentially facing criminal charges, you’re also at risk of losing your current auto insurance policy post-conviction. If you keep your policy, your current rate could increase substantially for several years until the DUI falls off your driving record. Depending on your state, that can take 5 to 10 years or more. Faced with these obstacles, finding car insurance after a DUI can be daunting, but The General believes that it shouldn’t be impossible.

What is a DUI?

In some states, a DUI charge requires actively driving a vehicle while intoxicated, but this is changing as states are expanding the definition of “operating a vehicle” to include drunk drivers sitting in the driver’s seat or with their keys in the ignition.

How Long Does a DUI Stay on My Driving Record?

In most states, DUIs stay on your driving record for around five to ten years, but some states leave DUIs on your driving record permanently. The way DUI convictions are handled varies by state, but penalties can include losing your license or requiring an SR-22 to drive. An SR-22 is a certificate that shows the government you’ve obtained the minimum amount of insurance necessary to be on the road. If your SR-22 gets canceled, then the state might revoke your license right away.

Many states use a points system to keep track of citizens’ driving records, where points are added to your license when you commit a violation or an infraction. Some states allow you to remove points from your license for every year that you drive safely. 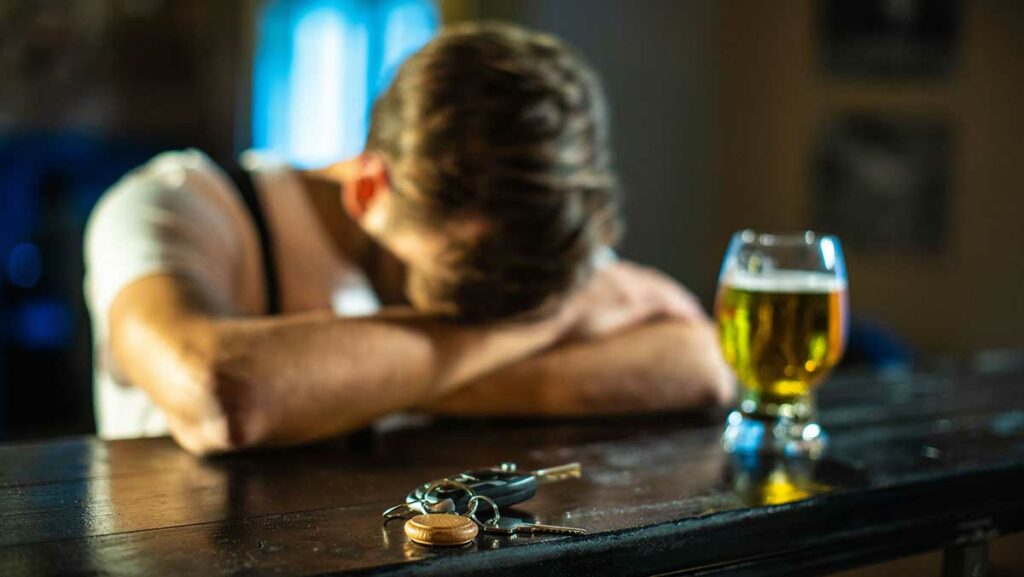 How is Car Insurance Different After a DUI?

Getting convicted of a DUI will have a lasting impact on your driving record and probably cause your auto insurance rates to increase until the DUI is off your record. Insurance companies usually look at your driving record from the past three to five years before deciding on your rate, and a DUI can cause companies to charge you higher insurance premiums along with additional fees for liability protection coverage. Some insurance companies will even deny coverage to drivers who have accrued multiple offenses in that three-to-five-year period.

Depending on your insurance provider, your insurance rate could increase from 50% to 240% after your DUI . For example, a driver could go from paying $725 annually to $1,500 annually after being charged. After a few years without any infractions, your rates will probably go back down to a normal price. Keeping your driving record clean increases the likelihood of your rates going back to normal; someone with multiple DUIs or offenses on their record can expect to pay non-standard rates for around five to seven years or more.

How to Get Car Insurance After a DUI

If you’re having trouble finding car insurance after receiving a DUI that doesn’t break the bank, then we recommend looking to The General’s affordable car insurance policies. The General has specialized in non-standard car insurance for 60 years, and we’re ready to help you find an affordable rate post-DUI and walk you through the SR-22 filing process. You can find a car insurance rate in just a few minutes from your phone or computer, and our customer service agents are happy to answer any questions you have about getting back on the road safely.